FAQ1: Why does the kit contain material for two tests?
Sperm quality can vary from one sperm sample to the next in the same individual, depending on activity, diet, environment and unknown factors. Thus the result of the first test should be compared to that of a second test performed after an interval of at least one week. In most instances the two tests will be the same. If they differ it is best to obtain an evaluation of the semen in a medical laboratory.

FAQ2: How long should I abstain prior to the test?
Avoid ejaculation for at least three days but not more than ten days before the day of the test.

FAQ3: Thirty minutes after ejaculation the majority of the specimen is still on the funnel and it has not entered the test tube.Should I wait longer?
Yes. Wait another 10 minutes. If, at that time, the sperm sample is still on the funnel the test should be cancelled. Consult your physician. On the other hand it is normal to have a small amount of specimen remaining on the funnel. This does not interfere with the test.

FAQ4: The top of my specimen was closest to the number 2. By mistake I added 4 drops of test liquid instead of 2 drops. Should I continue with the test?
No. The result may not be valid. Discard this test and three days later do another one, using the second set of test material.

FAQ5: What can cause a low sperm count or poor sperm movement?
Excessive heat, for example from use of hot tubs or from fevers, can depress sperm quantity and quality. High fevers may have a negative influence on the test results for up to 3 months after the illness. Illicit drugs, heavy alcohol use and cigarette smoking can all depress sperm counts or sperm movement. Sperm also can be affected adversely by a number of medications. There are many conditions that can cause low sperm quality and commonly these can be cured. If the condition can not be cured, techniques of artificial reproduction can still be successfully applied in the majority of cases.

FAQ8: How should I add the drops of FertilitySCORE to the sample?
To maintain consistent drop volumes, it is important that the nozzle of the bottle is completely filled with product. If this is not the case, a smaller drop will leave the nozzle.
To maintain a fully filled nozzle, the drops must follow each other immediately, without turning the bottle upside down. If the bottle must be turned upright between drops, it is important to release the pressure on the bottle after turning it upright, to make sure the nozzle is completely empty again. 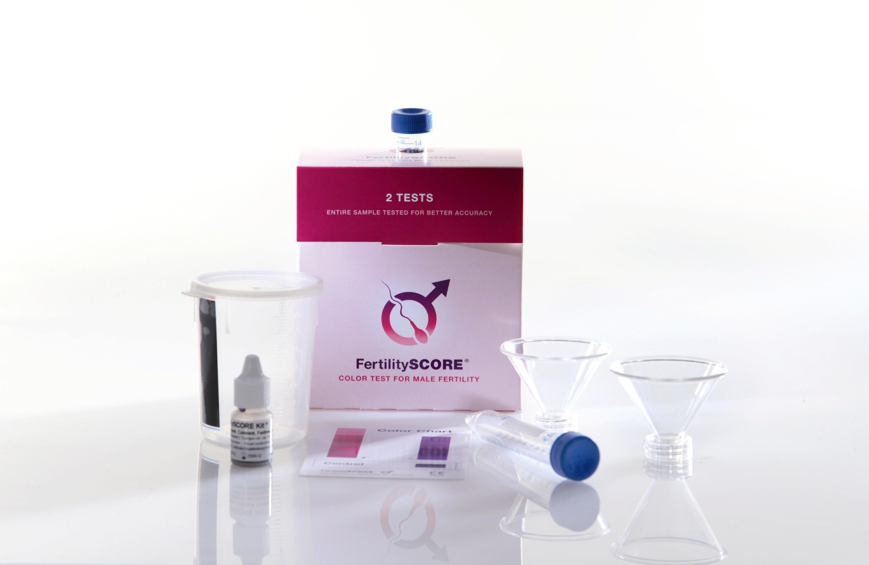